Maddy was a free-spirited hippie chick. Not just because she burned incense and might partake in the occasional smoke… and not just because she dressed the part. She was pretty spiritual. She was dying to come see the farm in the late summer of 2016, so I invited her over.

Maddy hardly spoke when taking in the scenery. Few people know when to remain silent. She was one of them. There was no awkwardness. There was no uncomfortable silence. After sometime she turned to me.

“You know, you kinda have an aura about you. Has anyone ever told you that?”

“No, I’m not even sure what that means?”, I said. I was trying not to act facetious.

“Well, I did dream that both of my sons were going to be boys days before the ultrasound. I also dreamed my brother was going to have a daughter with his first child.”

“And it turned out to be right.”

“Well you should believe in it. In fact, if you’ll let your guard down and open up, you might find that you have more of these premonitions”.

Over the next couple of hours, I learned more about her. We walked the creek bank together and I learned how she had lost the love of her life to cancer. How in his final days he asked her to marry him and she accepted. How she walked away from everything after he passed. It was deeply spiritual. 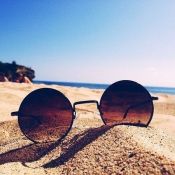 The following day she called me. There was concern in her voice.

“Did I leave my sunglasses at your place?”

“I don’t know… I’ll check around for them”, I responded.

“They’re not worth anything. They probably cost less than 10 bucks. They’re just really special to me. The last time I took a vacation with him, I had left mine at home. When we stopped for gas, he came out of the store with this pair and gave them to me for our trip. Like I say… they’re not worth much except for the sentimental value they have for me.”

“I totally understand. I think I just found them on the couch in the rec room”, I said as I described them to her.

“Could you please mail those to me?”, she asked.

She gave me her address. It was an hour away, but I planned to be in that area for work anyhow. The following day, I entered her address into my GPS, found her mailbox and placed them inside. I sent her a text and she was more than grateful.

The truth is, neither one of us were ready for an emotional commitment. We both knew that. Sometimes it’s better to leave moments shared to themselves. To allow them to be what they were meant to be… a moment. There was no drama, no unpleasant feelings towards each other. It was just a moment wrapped in time. We drifted apart and haven’t spoken since.

Krissy and I had been friends for sometime, but had only recently just started seeing each other. This was a few weeks after Maddy.  Kris lived in the Florida panhandle so we weren’t exactly close to each other. She would come up on a Friday and spend the weekend with me when she didn’t have her son.

Early one Saturday morning, with cooking not being a viable option, I asked Kris, “You wanna run to Shoney’s and do their breakfast buffet?”

I loaded up on eggs, bacon, sausage, biscuits and gravy and returned to our booth. A minute later, Kris sat down with her plate.

“Oh my God… I haven’t eaten at a Shoney’s since…”, Kris started to say. But before she could finish her sentence, I interrupted her.

“Ha ha”, she laughed. “Close… it was in Memphis because my parent’s had just taken us to see where Elvis was born.”

“Elvis died at Graceland in Memphis. He was born in Tupelo, Mississippi”, I responded. 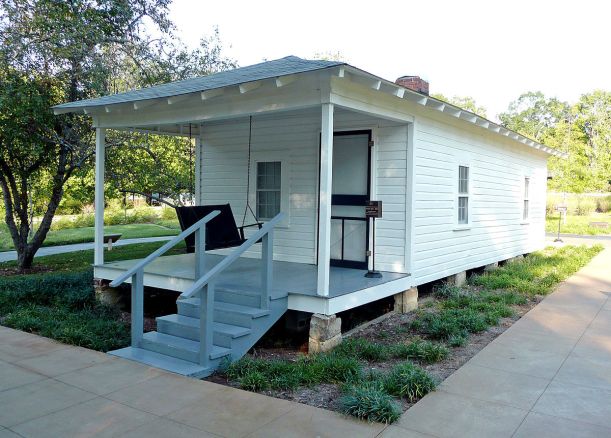 “You’re right. Oh my God, what made you say Tupelo?”

To this day, I have no idea why I said it. I wasn’t trying to guess. Had I put any thought into it, I probably would never have guessed it in a million years.

The following Thursday, Kris drove up. She called me as she was getting close to arriving. I was on the road and probably an hour behind her.

“I’m almost there, is there anything you need me to pick up?”

“I’m an hour out, but I’m really wanting to stop and buy a new Garmin GPS unit. I really want one with a built-in dash cam”.

“Can’t you get it over the weekend?”, Kris asked impatiently.

“I suppose, but I’m really wanting to get it now while I’m thinking about it”, I said.

I stopped at Best Buy about 45 minutes south of my place. I looked at the different options, made my choice and walked away approximately $300 poorer. I’m stubborn like that sometimes. I want what I want when I want it.

I charged it overnight and the following morning i stuck it to my windshield. It seemed to be working fine. I started my workday. Hopefully it would be a short workday so I could start my weekend. I guess I had no idea how short my workday would turn out to be.

I felt a tremendous jolt. I heard metal twisting and grinding. It took both hands to turn against the force pushing me off of the road. I looked to my left and only saw the red paint of the passenger’s side of a huge dump truck. I pulled over at the next available turn. I was going to exit my vehicle, but the door was jammed from the crash. The dump truck driver got out and walked over to me. 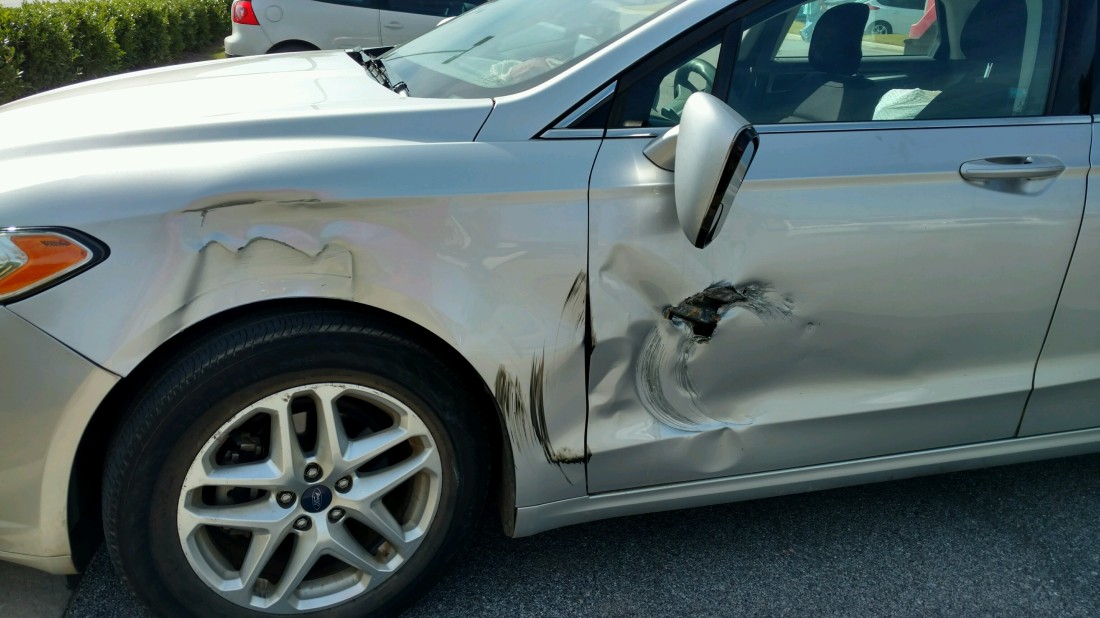 I kept my mouth shut. I knew damn well I didn’t come over on him. I’m a pretty damn good driver. In fact, I hadn’t had a wreck in 20 years. That’s quite a feat considering I average about 80,000 miles a year with work and my personal vehicles.

A short time later, the officer walked over to my door.

“He says you just came over onto his lane”, the officer stated.

“Well, here’s the video from my dash cam. You’re welcome to watch it before you finish the report”, I replied.

The officer completed the accident report. He explained his gratitude for the video footage. It made his report a lot easier. The video clearly showed the dump truck driver was at fault.

I went 20 years without a wreck. How ironic that I felt the irresistible urge to install a dash cam, It had been installed 45 minutes in my company car when the truck driver ran over me and tried to blame me. My company didn’t have to pay a dime, and my driving record didn’t take a hit.

It was a Sunday morning when I got up to make coffee. Kris wasn’t leaving until later that afternoon. I turned to her as I handed her a fresh cup of coffee.

“I had the weirdest dream last night. I was in my old house playing guitar on the foot of the bed with Glenn Frey and Don Henley”, I explained.

“Glenn Frey is dead you know?”, she said.

“I know… that’s the weird part. In my dream, Don and I knew he had passed… but Glenn didn’t know. We were keeping it a secret from him. In my dream, we both felt sorry for him. We just kept playing and singing.”

Some fifteen minutes later, I got a call from a girlfriend of mine, Laura. Laura lived in Orlando, but traveled extensively for work. 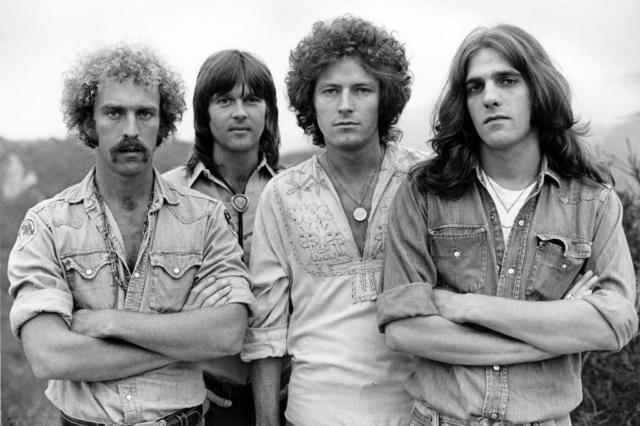 “Oh nothing… just on this business trip for our annual meeting.”

It’s always awkward taking these calls in front of someone else. I was cordial but not overly friendly.

“Anyhow… I just thought I’d rub it in. My boss surprised us all last night with front row tickets to Don Henley. We had a blast! I didn’t get back to the hotel until super late.”

When I got off the phone, I don’t know who was more numb… Kris or me.

It was Three and Out. There were 3 incidents that happened and then poof… nothing more. There have been no further occurrences of premonitions or visions. I can’t explain how or why these happened when they did. I wasn’t trying to do anything, and personally I’ve never believed in that stuff. In my mind, it could all be coincidental. But I confess, it’s very odd.

As with all my posts… I strive to be 100% accurate and honest. I will admit in this case, names were changed. I wasn’t sure how some of the participants would feel about me including them into the story. Everyone has moved on and in some cases have started new relationships.