So summer is in full swing and I’m already behind on chores around the farm.  Between bush hogging and dragging the box blade… mowing and weed eating, I stay swamped.  The pool is a major pain to clean after heavy rains.  Playing catch-up on this crap can ruin your weekend.  It’s okay… I chose this life.

I have been researching these pool robots that can be outrageously expensive.  I had been looking at the Dolphin Series by Maytronics.  I found one that I want, double-checked my limit on my credit card… and let Google Maps lead me to the pool store. 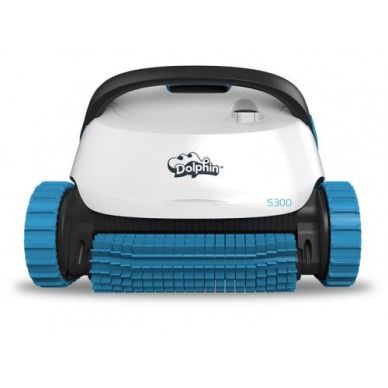 Today was Friday and work calls were coming in on top of each other.   I had been meaning to stop by and check these out for the last week but kept getting pulled away by emergencies at work.  I’m in the middle of one these work calls when I hear the “You have arrived” alert from my GPS.  I pulled in to the only available parking spot and was trying to finish the call as I walked into the store.

I couldn’t help but notice the guy smoking outside the entrance.  Completely covered in tattoos and piercings, he was texting on his phone.  It was probably 95 degrees outside but the cool wave of air conditioning hit me as I ended the call and walked in and made my way to the counter.  A guy walked up and approached me from the opposite side.

Funny… there were no signs of pool supplies on the wall.  Just tons of artwork.

“A dolphin?  You’re interested in a dolphin?”, he asked in a polite but puzzled way.

Son of a bitch!  I thought to myself as I looked around.  I was so distracted, I walked into a tattoo parlor that apparently was adjacent to the pool store.  I felt like an idiot! “Uh… I’m totally joking about the Dolphin.  Actually my son is going over several ideas for a tattoo and I just dropped by to get some cards for him.  Do you guys have a website too?”

“Yeah, here take one of each of these cards”, he replied.

I was pulling this off without looking like a total dweeb… I hoped.

“He’s twenty-two.  I’ll give these to him and he’ll probably come up here”, I said.

I walked out… with 5 different cards from 5 different tattoo artists.  I walked next door.  I got my Dolphin S300 Series pool cleaning robot.  I went home.

Now as I watch this robot doing my dirty work, I’m wondering if there is a super tough, really macho kick-ass dolphin tattoo that I could possibly get?  Probably not.