Anyone who really knows me, knows that I’m a complete movie nerd.  My sons have not only witnessed it first hand, but they actually throw random movie quotes back at me during routine interaction.  Our favorite thing to do is to try to stump each other with a line from a movie, which doesn’t happen very often.

So sometime after the 911 attacks in 2001, I started surfing the internet as self therapy for my ADHD.  The amount of worthless information floating in my head is insane.  I mean did you know Joe Pesci had an album… Little Joe Sure Can Sing?  Totally useless information… but there ya go! 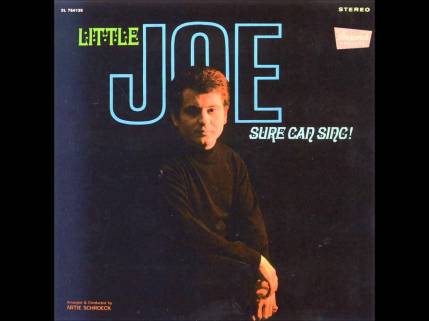 So it was about this time I saw that you could purchase or bid on actual movie props.  I mean the actual item that was used in the movie, not replicas.  Sometimes in an effort to maximize profits, they would do ridiculous things like cut a plaid shirt that Tom Hanks wore in Forest Gump into 50 different patches, then frame it with a certificate of authenticity and ask $100.00 for each patch.  Regardless, being a huge movie fan, I was totally intrigued by this.  By God… I wanted my piece of movie magic!

The only problem seemed to be… the prices were outrageous.  I’m sure if Andy Dufresne’s bible were for sale from The Shawshank Redemption, it would fetch at least $20,000, if not more.  And three’s no way I’m forking that out.  Even worse, some classic items have sold for hundreds of thousand… even millions.  Marilyn Monroe’s iconic dress from The Seven Year Itch sold for 4.3 million!  Audrey Hepburn’s black dress from Breakfast at Tiffany’s… $807,000.  Even Steve McQueen’s driving suit from Le Mans sold for $984,000.  So my enthusiasm waned and I pretty much gave up on something I felt was worth having. 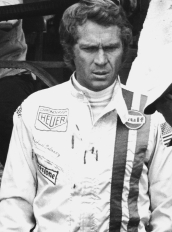 I had already decided my criteria for any movie prop I might get.  I was gonna stick to my guns on this.  First of all, it had to be affordable.  I wasn’t going to go into debt for whatever I wanted.  Secondly, it had to be from a well known movie.  It had to have historical significance.  A rubber shark’s tooth prop from Jaws The Revenge… hell no!  I ruled out B movies for the most part.  My last criteria and possibly the most important… I wanted to be the official judge on authenticity.  I mean just because someone says, “This is the Solo cup that Tom Cruise drank out of in such and such film” doesn’t mean it can be proven beyond any shadow of a doubt.  It could have been switched or worse… a fraud or replica.  I wasn’t going to depend on a lousy piece of paper as a Certificate of Authenticity.

So in the Spring of 2015, shortly after my marriage separation, I asked my sons, “Hey guys… is there anything you wanna do?  Anything that your mom probably would have never let us get away with?”

“Get the Playboy Channel”, they both said simultaneously.

Well, it was just $14.99 a month… and why not?  I had no one to answer to anymore… and suddenly I had the biggest balls in the county.   So a few clicks of the remote and we were in business.  Yep… I was preparing my Father of the Year speech already.

A few days later, I was watching a show called Groundbreakers.  It’s almost like a documentary for adult films.  It was actually interesting… and not in a creepy perverted kinda way either!  It was informative.  They were spotlighting Deep Throat, a film that is credited with changing the adult film industry forever and making it what it is today.

The following day, I was on eBay.  I did my quarterly check for any movie props that I might be interested in, when to my shock… there were some estate items for sale from Sepy Dobroni.  Sepy was an extremely successful Hungarian sculptor who settled in Miami.  He had passed away just a few years before.  He was often referred to as the Hugh Hefner of Miami.  Some of his romantic conquests include Brigitte Bardot, Ava Gardner and Anita Ekberg.  He actually married a Playboy Bunny. 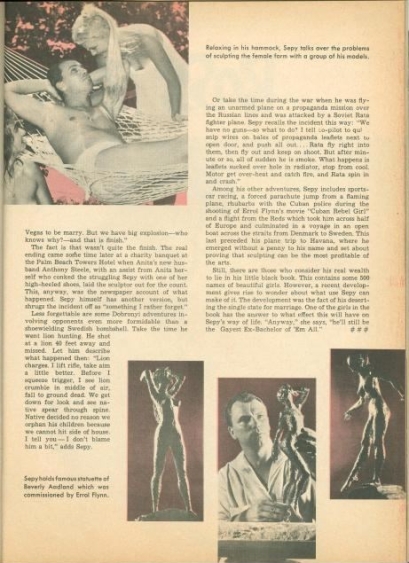 Sepy’s mansion in Coconut Grove happened to be where they filmed several scenes for Deep Throat.  Several other movies were filmed in his home as well.  Real movies with stars like Frank Sinatra and Dustin Hoffman.  There is a famous Linda Lovelace scene from Deep Throat that was filmed in the wine cellar on his mansion.  She is dressed in a nurse’s uniform.

Apparently Sepy was an avid skier.  There was a framed collection of vintage ski patches from all of the world.  Some of them dating back to the 1930’s.  It made a full 14 second appearance in the film.  Linda Lovelace walks down the wine cellar stairs and into American folklore. The framed patches were sealed by an art store in Miami.  According to the stamp on the back, it had to be sealed in craft paper sometime in the 50’s or 60’s.  I’m basing this on the old school phone number listed on the stamp… HI 3-6902

The eBay listing had a “Buy it Now” option for $1,000.  I decided to bid on it and place my maximum at $360.00.  The next morning I woke to an email notification telling me I had won the auction.  There was no turning back now.

The more I researched Deep Throat, the more I realized the historical significance of this film.  It was the first adult movie with any plot at all.  It is said to be the most profitable movie ever made… costing $25,000 to make and rumored to have grossed approximately $500 million.  It is the only movie in U.S. history where an actor was arrested and prosecuted for starring in a film.  Even the Watergate scandal had a key player nicknamed after the film.  Politicians, actors and even Elvis screened the film.  It indeed challenged the 1st Amendment.

A year later, I contacted someone who runs a vintage ski shop online.  He was most interested in the patches, stating that if I cut them off and sold them separately, I probably had a thousand dollars’ worth of patches.  When I explained to him the history behind it and why I couldn’t break the set up, he told me he knows people (wealthy people I assume) that would pay $2,000 for it.  He offered to be the broker.  I chose to hang on to my movie prop.

So, if you’re ever popping a squat in the half bath of my home theater room… you’re going to have a little more insight into the strange quirky stuff hanging on the wall in front of you.  Don’t forget to wipe though… twice.