James worked hard… harder than almost anyone I’ve known.  He was part of the cleaning crew at Parisian at the Riverchase Galleria.  It wasn’t his only job.  It was his extra job.  His full-time day job was as the Janitor at the Alabama School of Fine Arts.  As soon as he finished that shift… he tackled another 4 hours at Parisian.   Parisian was a giant store that ruled the entire Galleria… back in the days before smart phones, PayPal and Amazon.  Ask anyone in Alabama… they’ll tell you, “God I miss Parisian!” 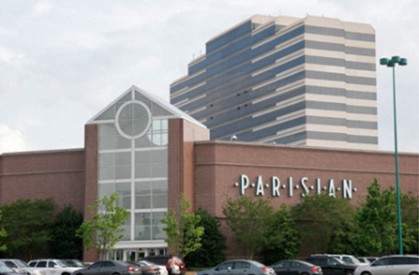 I was an Area Loss Prevention Manager based out of Riverchase in Hoover.  I had a staff of 4 full-time and 2 part-time employees at that location.  We all knew James pretty well.  Often I would ask him to sit for a few minutes before he emptied the trash… shooting the bull and talking sports with him.   He was a hoot.

James was in his late 40’s at the time.  A black man with a shaved head, he was athletic and unusually in shape for his age.  I learned a lot about him… like how he worked 2 jobs… sometimes 3 jobs to pay for private tuition at John Carroll High School for his kids.  John Carroll is a Catholic school and to be honest… traditionally here in the South it’s not necessarily the type of school you would expect to find inner-city black youths attending.

“Man… they don’t teach my kids nothing at the public schools”, James would say.  “Too many damn kids without supervision… gangs.  I pulled my kids out years ago.”

I respected him for this.  These were qualities of a true simple man.  When I say “simple man”, that’s not belittling him in the slightest.  My grandpa was a simple man.  Paw Paw worked in the same steel mill plant for 43 years.  James was paying the price for his kids to have a better life. He had a back-breaking work ethic.  Still, he was never negative or pessimistic.  Actually he was the opposite.  Looking back, I can’t ever recall his face being absent of a smile.  Well… actually I can think of two things that he didn’t smile about… Big Jake and Code Brown.

Big Jake was a nemesis for James at the Alabama School of Fine Arts.  Long before I met James, he was fighting a battle with Big Jake.  Big Jake had become a mythical ghost to James.  For years… on a monthly basis, maybe weekly… someone would graffiti  the bathroom stalls with “Big Jake was here!”  James ordered permanent marker remover by the case to combat this.  He even spoke with the administrative faculty and apparently there wasn’t even a Jake enrolled.  This went on for at least 2 years.  He was dumbfounded… and pissed.

He told me stories of camping out near the bathrooms… finding projects near the bathroom entrances and going into the stalls to check after someone would leave.  To no avail… he was having no luck.  Week after week he would break out the permanent marker cleaner and start scrubbing.  There were the occasional rantings, drawings or jokes that would pop-up elsewhere, but Big Jake was consistent.  Then… while he was scrubbing Big Jake’s trademark… a teen walked into the bathroom.

“You got any idea who keeps doing this?”, James inquired as he turned around to the pimple-faced teen who was scrubbing his hands at the sink.

“Yeah… but  if  I tell you… you can’t say anything”, the teen responded.

The teen told him the name.  James was floored.  It was a wormy little guy… who’s name was not Jake and who wouldn’t qualify as big by any standards.  I don’t recall the kid’s actual name, but I remember the description James gave me.  Apparently he was using his artist’s skills while pooping and causing James a lot of extra work.

It was a brisk Fall day.  James found duties down the hall from the restroom when he spotted this kid.  All of the stalls were cleaned to a mirror shine with absolutely no graffiti whatsoever.  As the hallway grew less populated… he spotted the kid entering the bathroom.  James took off.  I’m taking a little liberty here, but in my  mind, James must have had visions of grabbing this kid up by his collar and lifting him against the wall… maybe even hanging him from the coat hook inside the stall door.  Years of frustration were coming to a point.

“Hey kid!”, James yelled as he entered the hallway behind the kid.

“Come over here a second”, James insisted as he gestured with his finger.  “Give me that marker.”

“Give me that Sharpie pen… or we can go to the office and they’ll get it for me.”

The teenager reached inside his pocket… handed the Sharpie to James.  His head hung down in shame… or maybe in defeat.  He had won many battles… but had just lost the war.

“I don’t want to ever see Big Jake again… are we clear?”

And just like that… Big Jake’s impromptu graffiti stopped.

I feel as though I’ve fought some battles with James also.  Yeah… we’ve been in the trenches.  We fought the Battle of Code Brown… barely coming out alive.  You see… I’m one of those people who believe that no work is beneath me. Maybe I got that from my Paw Paw, or even my Mom.  I guess you could say I’ve got my own strong work ethic.  So if I knew of a Code Brown… I was there.

A Code Brown is exactly what you might think it is.  When a customer accidentally… or in some cases deliberately takes a crap somewhere other than a toilet.  More often than not… it would be in a fitting room on top of a pile of clothing.  People are nasty sometimes.  It happens more than you think.  You have to remember something, back in the day… Parisian would have thousands maybe tens of thousands of people walking into or through the store.  The odds of someone not making it to a bathroom increase as the population increases.    Who knows why it happens.  Medical problems… elderly… too much Mexican for lunch… who knows?  Code Browns also included vomit and pee.  It was the most dreaded code to hear over the intercom or radio.

Here’s the crème de la crème.  Once, there was a trail 20 yards long of soft serve textured poop leading straight to the escalator.  It was a nightmare.  Customers were gagging.  The escalators had to be scrubbed stair by stair.  The teeth of the escalator had caused spreading of the crap.  I was there… fighting the battle with James.  Something about calling a Code Brown and then walking away from it just seemed so wrong to me.  I think James respected me in return for this. I mean after all… I considered him a friend…not just a janitor. 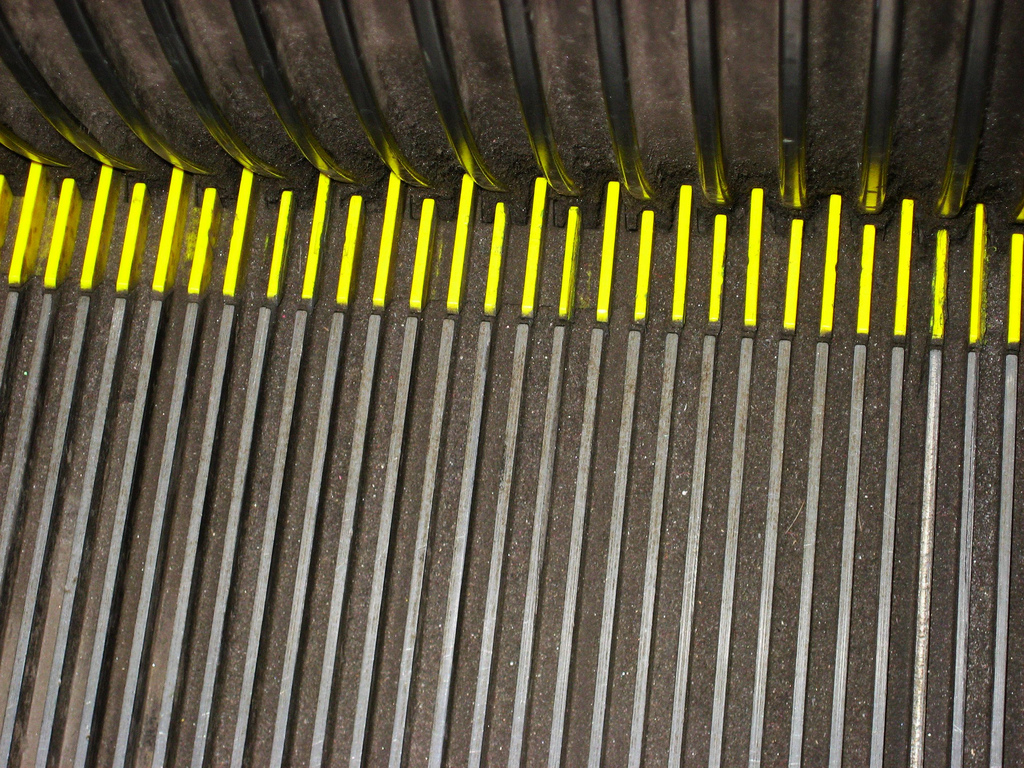 But friend or not… I’m a practical joker.  Nothing makes work more bearable than having a good time.  On a slow evening while I was at that location… I decided that James needed some excitement and fun.  I brought two of my Loss Prevention Associates in on it the gag.

First… I had to go shopping.  I went to the clearance section of Intimate Apparel and looked for something suitable.  It didn’t take long.  An extra-large pair of hideous granny panties.  I got them for about $2.50 after my employee discount.

Next… I had to run by the employee break-room.  Decisions… decisions.  Payday?  Nope… not enough brown.  Milky Way or Hershey’s Bar?  Nah… I needed more texture.  I dropped my quarters into the machine.  I needed something with the perfect ratio of dark brown, light brown and some texture for nastiness.  Baby Ruth would be perfect!

As I placed the Baby Ruth into the break-room’s microwave… I wondered exactly how long I should nuke it for.  I mean… come on… who actually buys a Baby Ruth and flops it into the microwave?  After about 20 seconds, I thought it had achieved the correct amount of softness that would work.  I took a plastic knife and began frosting the interior of the panties heavily.  I went to the Loss Prevention Office and used a yellow highlighter for the crotch area.  I was starting to gross myself out… so I knew it was perfect.  It was more than perfect… damn it… it was a masterpiece.

Now for the official Code Brown.  I got my Assistant Manager to call the Code Brown to the New Directions department just outside our office.  I put on a pair of blue medical gloves.  I spared no expense to ensure realism.  I grabbed a shepherd’s hook  (used to pull and replace high hanging clothing items) and carefully placed the panties on the end of it.  My staff was standing by… with cameras aimed down from the ceiling.  Everything was ready… we just needed James.

As James approached, I held the shepherd’s hook in my right hand and used my left hand to pinch my nose.  This added to the illusion and caused James to approach me with the same amount of caution.  In fact, he pinched his own nose as he walked toward me.

“James, most of it is contained inside the panties.  Just grab a trash bag… hurry!”

James reached into his cart and pulled a bag.  He was wearing gloves also.  I held the stick up higher and James grimaced when he saw the nastiness.

“Hurry… open that bag… I gotta dump this before I puke!”, I blurted.

Now here’s where the joke jumps to the next level.  I knew that there were no feces, germs or nastiness on that brand new pair of panties with a perfectly good Baby Ruth melted into it… but James didn’t.

As  James opened the bag… fully expecting me to drop the panties into it… I flung the panties toward the side of his face.   He dodged it like Muhammad Ali in a title fight.  Damn he was fast.  The panties were still hooked so I caught him on the return fling.  The soft sticky chocolate caused the panties to stick briefly to his cheek.  He was in shock.  He must have thought I’d completely gone off the deep end.  At that exact moment… I think he had every intention of tackling me to the ground and calling the men in white suits.  At that moment… I had become Big Jake to him… only the Big Jake of Parisian… not the Alabama School of Fine Arts.

Laughter exploded from just inside the office and James took off after me laughing like a little boy.  He threw the empty trash bag at me and bent over in laughter.  He walked back over to the panties to inspect them.  I picked them up and stuck my finger in the chocolate as though to confirm to him it was all a joke.  “Baby Ruth”, I said while grinning.

The next day, James asked me for a copy of the video.  He thought it was so hilarious that he showed his wife and family.  As odd as it may sound, I think it made him feel special to be part  of a joke.  He didn’t need to be part of the joke to be special… he already was.  Something tells me his children are very successful in life now.  I wonder if they know and appreciate everything their father had done for them.  I think they do.